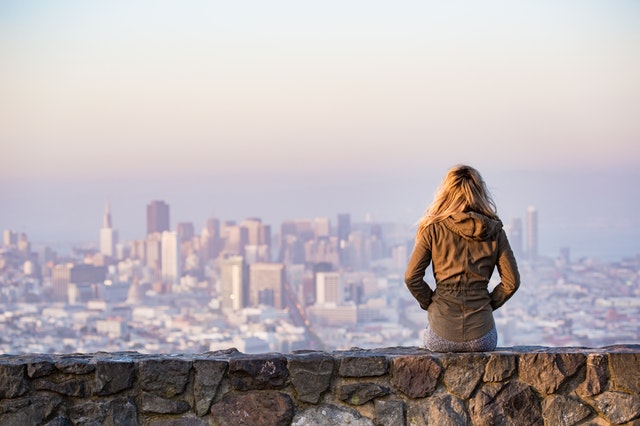 Is It an Addiction? 10 Common Signs

Addictions aren’t always easy to identify, for the addict, or for loved ones. Much like a parasite, addictions survive best when they escape notice, and some addicts spend their whole lives trying to conceal a problem that’s more serious than they realize. So to help both the sufferers of addiction and those that love them to identify the problem so they can seek help, here are ten common signs that someone has developed an addiction.

Deception is the foundation of every addiction. Addicts lie to bosses, to coworkers, to friends, to family, to spouses and children, and ultimately, themselves. The very first lie they learn to tell is “I don’t have a problem,” and it only becomes more painful from there. Often, the lies come unbidden, and addicts often find themselves lying when they sincerely meant to tell the truth. If you find yourself or someone you know lying about nearly everything, this is your first clue to be suspicious.

In an effort to keep their secret, addicts will usually indulge when they are alone, or with other users. This means they have to spend time away from the people who would want to help them. This usually results in the addict going missing for non-trivial amounts of time, without a satisfactory explanation.

Addictions disrupt most of an addict’s life, and one of the first places it happens is in their sleep patterns. Alcohol abuse and late nights gambling results in sleeping past alarms, while using stimulants or pornography will often keep them up all night. Change in sleep patterns also indicates potential psychological complications, like clinical depression.

An old Filipino saying goes “A guilty conscience runs even when not chased.” Nowhere is that truer than with an addict. Frequently, and often even when they’ve rationalized their addiction to themselves, their behavior brings cargo shipments of guilt and shame to their psyche as they struggle against habits they can’t change themselves. Thus, they tend to behave like everything is a personal attack or slight, and will overreact in response.

5. Failure to Attend to Responsibilities

It’s a sad truth—once the addiction starts to set in, other things begin to fall by the wayside. The first things to slip, typically, are obligations to work, school, and family. Addicts will frequently miss work, stop doing house chores, and their grades will begin sliding. If you see a sudden shift to underperformance, be wary.

Addictions alter the neurochemical landscape of the brain, changing hormone levels and disrupting healthy mental functions. So even if there was no history of mental illness before (which is often a predictor of addictive behavior), an addiction can develop as the weight of the guilt they feel begins to press down on them.

Hand-in-hand with defensiveness is an increased level of secrecy. If they’re not flat out lying to you, they’re evading questions and pleading the fifth. They’ll try to give as few details as possible to avoid outright lying, and will often be protective of their electronic devices (where there might be evidence of their activities).

Just as they’ll lose interest in their responsibilities, over time they’ll also lose focus on their passions. They’ll stop participating in their hobbies and pursuing interests, ultimately losing their taste for any healthy recreation or self-care. This may also be a sign that mental illness is developing, as those suffering from things like depression experience similar loss of their zest for life.

Not only will they distance themselves from responsibilities and hobbies, they’ll begin to separate from friends and family as well. If they are associating with others, it will typically only be with other users of their particular addiction (i.e. drinking buddies, other drug users, etc.). Be concerned if aloofness increases.

Last on our list is the financial symptom. While many addicts will be casual enough in their use in the beginning to avoid spending money on it, the time eventually comes where the craving for more, harder stuff will push them into using their wallet to get it. If there’s a sudden struggle to handle their finances successfully (inexplicable expenditures, money spent that shouldn’t be, failure to make bills, etc.), this is often an indication of serious problems beneath the surface.

Overcoming addiction isn’t easy, but it is possible. Our clinical staff is specially trained to help addicts reclaim their freedom and take back control of their lives. Contact us today to learn more about how we can help.